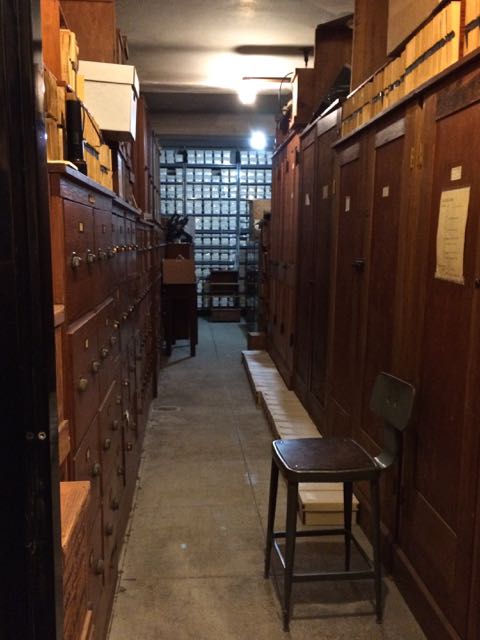 Dr. Cindy Hunt, Caltech PhD and head of Social Media for the Carnegie Observatories in Pasadena, pushes open the door to the vault. My mouth gapes wider than the door. This is just the kind of thing I love: an archive—a photo archive of a different sort. 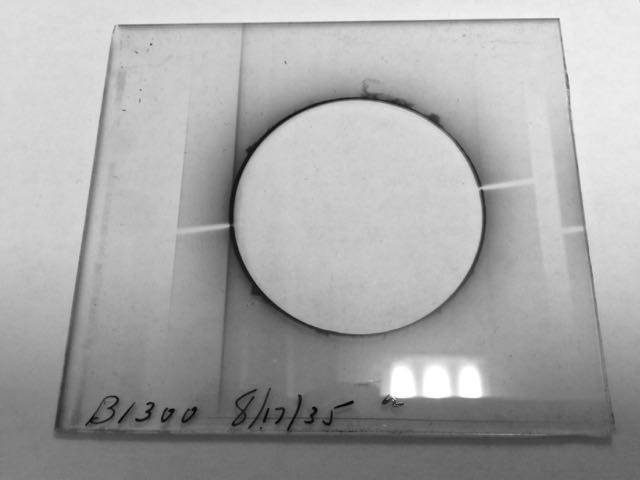 This archive is replete with glass plates—negatives of "astrophotographs" taken from telescopes pointing into all depths and directions of space. This one of the sun, from August 17, 1935, was taken from Mount Wilson's Solar Telescope. Click to enlarge it so you can see the flares of 80 years ago. 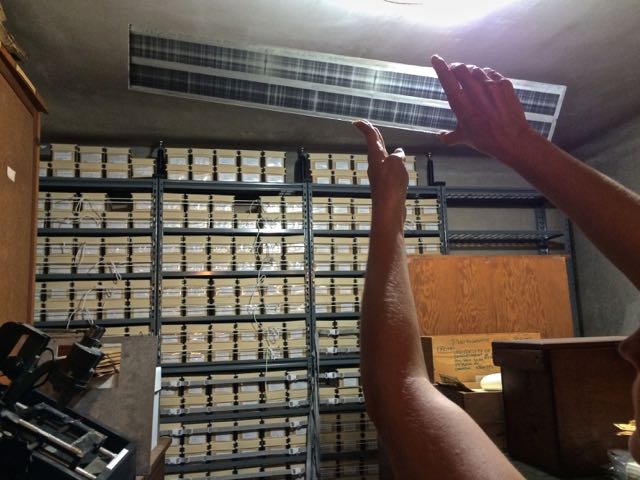 The glass plate negatives come in all sizes. Here, Cindy's holding a glass spectra of a sun spot, made in 1919 at Mount Wilson Observatory. Cindy says, "You can easily identify the Zeeman splitting in the calcium-H and K lines in the spectrum on the top row." I'm going to take her word for it. "Part of the early discoveries about the sun at the Carnegie Observatories was using these spectra to show that sun spots are far cooler than the rest of the sun, and have strong magnetic fields," she says.

In the background are boxes and boxes of the history of the universe, depicted on glass plates. 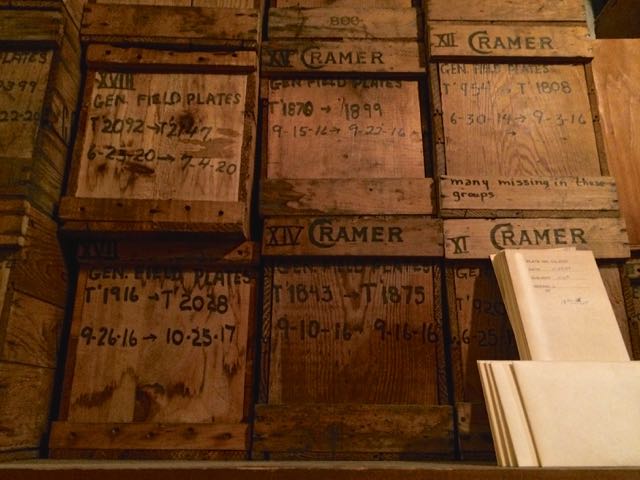 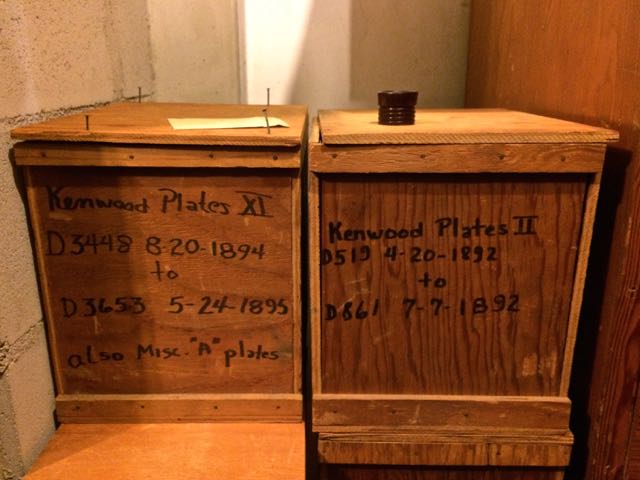 On and on with the glass plates. The universe is pretty big! And astronomers at Mount Wilson Observatory have been photographing it for more than 100 years.

Carnegie's history is and will always be intertwined with that of Mount Wilson and the California Institute of Technology (Caltech), but they're no longer officially affiliated. The Carnegie Observatories is an international research conglomerate. The astrophysics being done here is very much of the future. But these glass plates, depicting the astronomy of the past, are immensely valuable to science and history. That is to say, they're priceless. That, and the fact that they're sensitive to heat and light, is why they're kept in a vault. That's why the public rarely sees them.

That's why you should go to the Carnegie Observatories family-friendly Open House on Sunday, October 18th, 2-5pm, when some of these plates will be on display. Be sure to RSVP!

That's the sort of access I'd enjoy! Thanks for sharing, Petrea.

It's so special, William. I enjoyed it immensely.

I adore that place. More people should know it, too. The annual open house is always a swell event.

I adore that place. More people should know it, too. The annual open house is always a swell event.

I love photos of old cubbies and card catalogs. Can't believe I never knew this place existed. Thanks. Hope Fargo is providing you with cool breezes.

I find science itself to be exciting, so just being there is fun for me. But knowing there's history there, too, makes it particularly special.

Hiker, this place is so unobtrusive and quiet about itself that it's not surprising you didn't know about it. And yes, Fargo has some lovely breezes.

I love the custom-made wooden boxes that Hale brought with him. You were so lucky to be shown this underground treasure trove.

The archive is full of all sorts of wooden boxes. "Treasure trove" is right, and I feel fortunate to have seen it.

I want that stool with the back rest. Does that make me shallow?

I think it enters us both in the competition, PA.

So, wait. How big IS the universe?

What a treat to see these! One could spend years going through these....