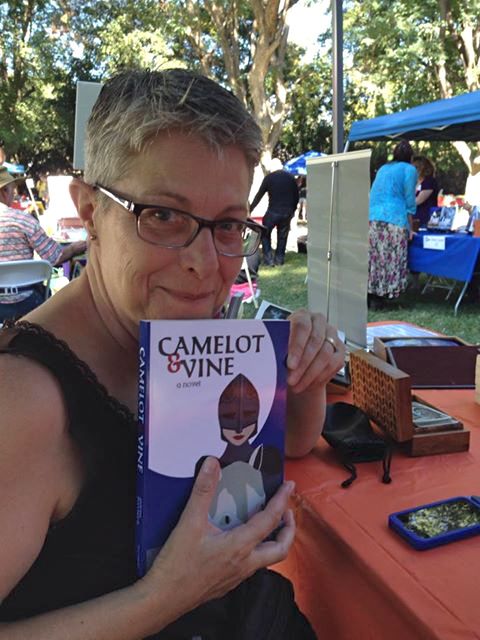 My name is Petrea. I'm a writer living in Pasadena, California with my husband, John Sandel, and our Boxer mix, Wilma.

There’s a bio below that tells you about my career, but it doesn’t say much about me. So, a few things: 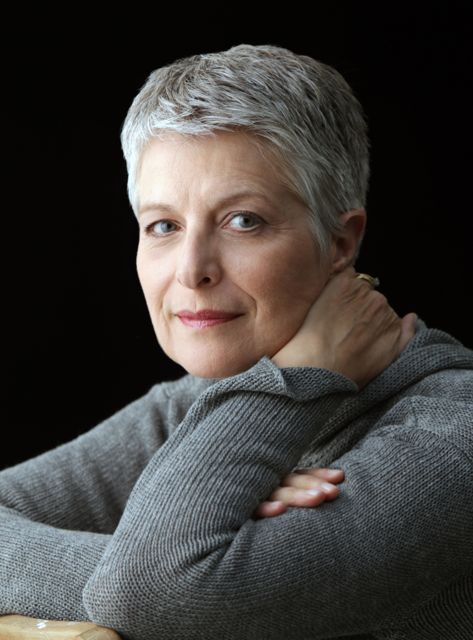 Here’s the career bio. Let’s make it really dry and do it in third person:

Petrea Burchard grew up in Northern Illinois, raised in a farm town by a couple of academics. You could go to the university library then stop by Farm & Fleet to pick up some chicken feed. You could do all this on horseback.

Petrea liked writing and acting so she studied both, leaving the University of Illinois in 1977 with a Bachelors Degree in Rhetoric and a double minor in Theater and French.

After school she moved to Chicago, where she took a job in the office at The Second City, Chicago’s improvisational comedy night club. There she took improv classes. She was hired in 1981 by The Second City to perform in its National Touring Company, which she did until 1984.

From 1984-1988, Burchard acted in new plays at the Victory Gardens Theater, where the emphasis is on the playwright’s process. She had a small role in a play at Steppenwolf Theatre, and supplemented her acting income by working at a bookstore and doing the occasional voice-over.

In the fall of 1988, Petrea packed her car with whatever would fit and headed west. When she arrived in Hollywood, friends in Burbank put her up and helped her find a job and an apartment. She had a resume, a headshot and a new life.

Television work in the ensuing years included Hunter, ER, Joan of Arcadia, Greek, The West Wing, Las Vegas, How I Met Your Mother and Dexter. Films included Fracture and Callback. Burchard performed in plays from avant-garde to Shakespeare, and in commercials for AT&T, NASDAQ, Wachovia, IBM, Key Bank and Delta Airlines.

1995 was the year Petrea joined the English dub cast of Tenchi Muyo!, an early anime dub that has since become a classic. Petrea voiced the well-loved character of Ryoko, the sexy space pirate.

In the summer of 1999, Burchard went to Oxford, England to study Shakespeare with members of the Royal Shakespeare Company at the British American Drama Academy. After the course she toured southwest England, and it was during a visit to Glastonbury that the idea for a novel began to take shape.

Petrea returned to California where she was working as a radio traffic reporter. In 2000 she left radio and began voicing TV and radio commercials for Stater Bros. Markets, a popular grocery chain in southern California. She began writing in earnest in the early 2000s and Act As If, her column in NowCasting.com’s newsletter, ActorsInk, ran twice monthly from 2004-2008. Auditions, jobs and the people she met (famous and infamous) became fodder for her short essays.

While writing the column she was also writing the novel that would become Camelot & Vine. Soon, writing became her major creative focus. In 2008, she ceased auditioning for acting work to focus solely on voice-over and writing.

Petrea drew on her acting experience to write Camelot & Vine, which was published in early 2013. Other published works include a short story, “Portraits,” in the anthology from Prospect Park Media entitled Literary Pasadena: The Fiction Edition, articles for Patch online newspapers, "10 lists" for Buzzfeed, flash fiction like Rooms and Belinda’s Birthday, and an essay in A Cup of Comfort for Christmas, an Adams Media paperback. Burchard also writes regular book reviews for the online magazine, Hometown Pasadena.

I like you, too, Chieftess! We're having a like-fest here.

The great ryoko!! I finally found you. And the mystery is finally solved that was u in the stater bros commercials. I would like to thank you for giving me so much happiness and entertainment in my childhood and a strong female character to look up to i truley think you are amazing and timeless. With this blog ryoko doesnt have to end at tenchi it can begin again with camelot and vine. I look forward to reading every book. Youre voice is engraved in my head and heart and will be there with every word i read-your adoring fan marissa

Thank you, Marissa. You sure know how to make a person's day. I'm honored to have played a part in entertaining you as well as showing you a strong female character!

I like the way you put it: "Ryoko doesn't have to end at Tenchi it can begin again with Camelot & Vine." I hope you enjoy the books!