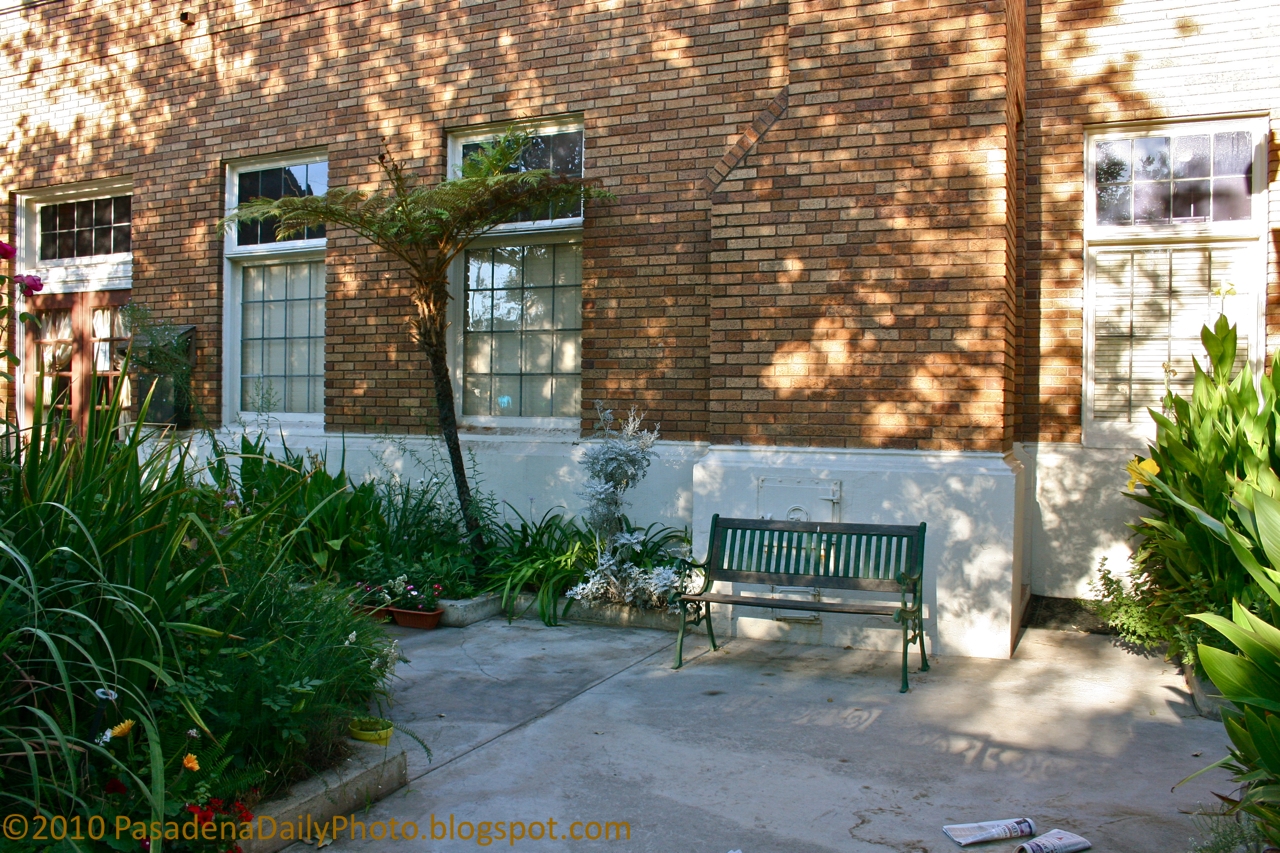 You may have heard about these new, hyperlocal news websites going up called Patch.com. There's SouthPasadena.Patch.com and Altadena.Patch.com and who knows what else. Patch, owned by AOL/Time Warner, is going into small-ish communities around the country. We won't be getting one in Pasadena because Pasadena's population is too large.

Some of our best local bloggers are taking part. Karin Bugge, the Altadena Hiker, will write two weekly columns for Altadena Patch. (Let's hope it doesn't keep her from blogging because her blog is nothing but brilliant.) Margaret Finnegan, who makes me laugh and think at the same time (ouch) with her weekly goddesses at Finnegan Begin Again, is a contributor at South Pasadena Patch. So is Susan Carrier, LA Times contributor and superblogger at Open Mouth, Insert Fork and Cancer Banter. Greg Middleton, Altadena Town Council member and blogger at Real Men Seminars, contributes to Altadena Patch. And so on.

Who am I missing? Hmm. Ah, Laurie. Laurie Allee. Ms. Glimpses of South Pasadena herself. Laurie writes a weekly column for South Pasadena Patch and her first one's a beauty. I want to single Laurie out because she introduced me to her editor, the way-too-talented Sonia Narang, and now I'm a Patch contributor, too. Thank you, Laurie. Thank you, Sonia.

My first article for South Pas Patch is about Baranger Studios, the pretty building at the corner of Mission and Orange Grove. It's got a wonderful history. I hope you'll get a chance to read and comment on the article.

I once said I wasn't going to blog about South Pasadena because it's Laurie's territory. Now, thanks to Laurie, I get to snoop around her territory, take photos and write history articles. That's right up my cobble-stoned alley.

I hope Patch will serve to improve all our area news outlets. It wasn't long ago that towns had more than one news outlet and it was considered a good thing. Healthy competition in journalism is healthy for our society.
Posted by Petrea Burchard at 12:01 AM

Mazal tov on your branching out, Petrea!
I really enjoyed your first article. And it is fascinating to watch the little videos of the "motions."

Thanks, Dina. Aren't they something? I hope to come across people who remember them from shop windows.

Yay! Now there will be twice as much of you to love. I'll be a regular reader of So Pas.

Wonderful. (And I've always wondered about that building.)

maybe you and Laurie

You're the diamond on the flagpole of Patch, Petrea. Looking forward to all the great articles written by my friends.

I do regret, though, that there's nothing planned for Pasadena, because we sure could use it. The Pasadena Star-News dilutes itself by covering the whole of the San Gabriel Valley, places I've never visited that I haven't got any interest in.

And three times as much of you, Hiker!

I can't read it all, there's so much. These Patches are updated every day. It keeps on coming, it's great.

Jean, I had wondered, too. Uh, maybe Laurie can sing but you'd rather I don't.

Bellis, that's sweet (the diamond comment, I mean). As for the Star-News, I think Patch will be healthy competition for them. I believe they've already lost personnel to Patch for one thing, and that's got to be incentive to step up their game, which is no longer the only one in town.

I think the Star News employs some really top people, but they're burdened with way too much. As you said, perhaps spread too thin.

Great idea! Can't wait to see how these hyper-local sites develop. Not seeing one for Pasadena though... :(

Congratulations Petrea (and Laurie, Karin, Margaret, Susan and Greg)!
The editors truly picked the best as contributors.
Watch for the Monrovia Patch going live this Monday.

What a brilliant idea! Love the videos...
Can't wait for the hyper-local sites to develop.
Ciao

Thanks, Irina. Patch is going into communities of 15-100 thousand, so Pasadena's larger than their target audience.

Keith, will you be writing for Monrovia Patch? Hope so.

Eleonora, Patch may be worldwide. Have you seen them in Italy yet?

This is really exciting to have all these new local news sources with a host of great writers. I'm going to have to get better at managing my time so I can keep up with all of them. I just read Hiker's column and loved it, of course. I'll work my over to yours, Petrea. You're such an incredible source for Pasadena happenings. I would be entirely out of the loop without you!

Patch is a wonderful idea ~ and how exciting to see so many witty and fine bloggers in those areas contributing. Yay!

I'm flattered you would ask that. I'll be reading, but not writing, come Monday.

The national news is so full of vitriol I avoid it. I've kept up with the world on the radio and on blogs.

Oh this is lovely news! Congratulations to all of you on writing for them... so very wonderful. :D